Skip to content
youtube
please specify correct url
Businesses wanting to invest in clean technology startups, stay ahead of fast-moving technology trends, and meet sustainability goals rely on highly creative people to come up with new ideas. But for those innovators wanting to share their ideas, it can be hard to get projects off the ground. It takes time and money to refine products and business plans for startups. So what help is there for innovators to focus on their inventions?

One option is the World Future Energy Summit. As part of the summit, there is a “Climate Innovations Exchange,” a global marketplace where clean technology innovators can pitch for $300,000 to $2.5 million and meet potential investors.  Here are some of the exciting innovations from last month’s event in Abu Dhabi.

The past few years have seen a flurry of innovation in drones and their application across many different industries. Since standard outdoor drones suffer several technical constraints when flying indoor due to their reliance on GPS signal and vulnerability to impacts, Flyability designed Elios, which its innovators describes as the “collision-tolerant drone.” Elios reflects off obstacles with an external rotating cage — the same mechanism protects any human operators from harm.

“By allowing drones to be used safely inside cities, buildings, and in contact with people, it enables new interactions and services with UAVs and solves the two most critical issues of one of the fastest growing industries: collision and injury risks,” says Adrien Briod, cofounder of Flyability.

It has been put to work in inspecting oil and gas storage tanks, providing operators with a safer, faster inspection method and a greater quality of data. Elios is also used to inspect pressure vessels as it has none of the risks of injury that occur when human workers conduct inspections. “Flyability’s market is industrial inspection, to avoid sending people in dangerous and confined spaces. It is also active in search and rescue and public security to assess emergency situations without putting humans at risk,” adds Briod.

Turning a kitchen into an herb garden

In the shift to local agriculture, we may all be growing greens at home using automated appliances sometime in the future. In fact, the future is already here. Maha Al Muhairi, a UAE national, has developed an energy-efficient automated system, FreshFridge, that lets you grow a wide range of herbs and micro-greens in your kitchen. Just place a tray of seeds inside the fridge-like unit, set the buttons and wait. “The FreshFridge allows users to grow over 50 varieties of micro greens within 10-15 days. People can grow whatever they want in any season,” says Muhairi. 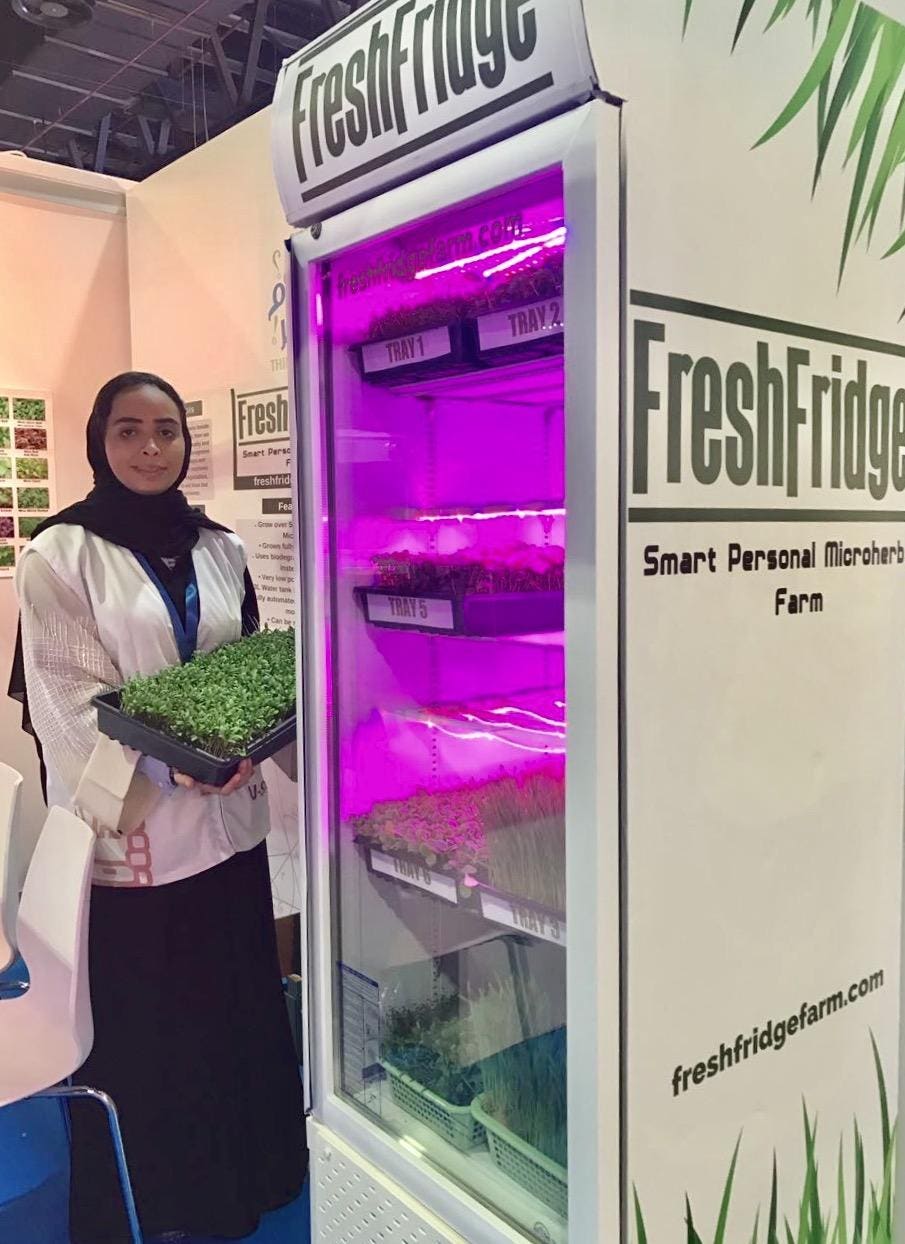 The temperature, water, humidity and light are controlled via sensors, cameras and an app. Pointing to the unrivaled freshness and nutritional benefits, Muhairi says, “The FreshFridge uses no fertilizers, insecticides or chemicals — it grows plants without soil. This technology has the potential to start a movement in urban farming in the Middle East region, which is not generally known to be fertile.”

It can be solar powered, and future versions, claims Muhairi, will be able to produce its own water supply using atmospheric water generators. “FreshFridge aims to solve malnutrition and hunger in times of natural disaster and war. Instead of providing relief in perishable or canned food, imagine sending a large-sized FreshFridge and a ton of seeds that will allow the people to provide for themselves in a cost-effective manner.”

Building a house from waste

Landfills and dumpsites, infamously known as “garbage mountains,” have mushroomed across Lebanon since the 1990s. The mess peaked in 2014-15 when the capital’s main landfill shut down, after running well beyond its expiry date, and architecture graduate Nizar Haddad found the perfect reason to build his first energy-neutral dwelling in Baskinta. The twist? He’s built it from waste — tires, cans, bottles.

“Lifehaus can fairly be described as the next low-carbon footprint generation home,” says Haddad. “By integrating what is considered as waste, but what in reality is material, we help protect the environment by alleviating the waste crisis.” 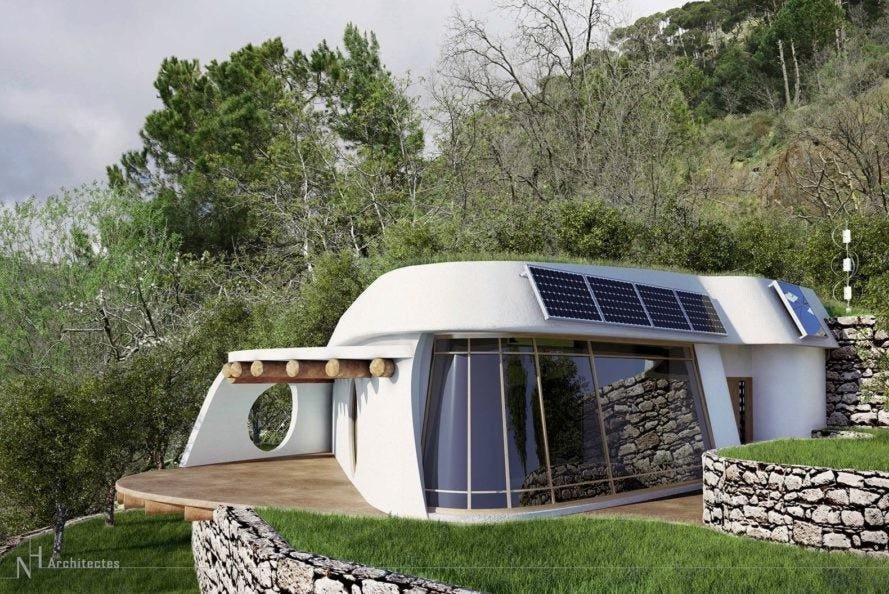 Lifehaus homes include a greenhouse for growing food, solar panels for generating renewable energy, and rainwater harvesting. While it is still in its initial stages of experimentation, future models will cater different variants whether it is emergency relief dwelling that refugees could benefit from or a more luxurious selection. 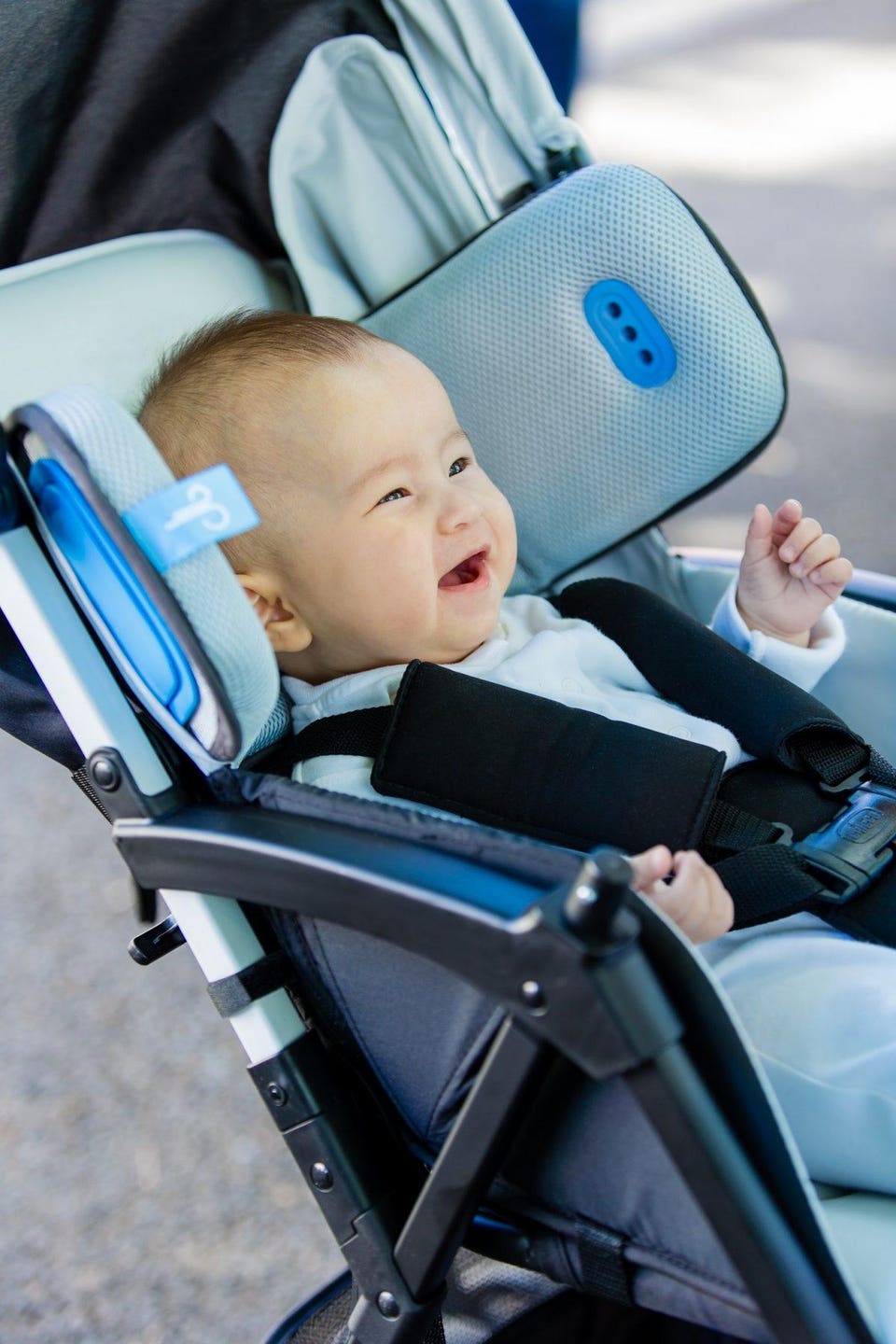 Brizi can reduce pollution in the baby’s breathing area by about 50% on average, and up to 80% during spikes of pollution.BRIZI

Every year, 570,000 children under five years old die from respiratory infections worldwide. Yosi Romano, based in the United Kingdom, came up with the idea for Brizi when his daughter was an infant in London. “While pushing her in a pram between home and the nursery, I realized that the exhaust fumes from cars and buses were exactly at the height of every push chair,” says Romano. “Brizi is the result of two years of research, engineering, and design.”

It was tested by the Global Centre for Clean Air Research at the University of Surrey. Initial findings show that Brizi’s patented air wall technology can reduce pollution in the baby’s breathing area by about 50% on average, and up to 80% during spikes of pollution — like when standing near an idling bus at a bus stop. When pollution in the air reaches “dangerous levels,” the fan filter, which is built around a child’s head rest in a pram or car seat, is triggered to clean the air in the child’s breathing area.

Explaining how the device detects these levels, Romano says, “Brizi uses high-quality, commercially-available gas and particulate sensors to detect and measure levels of pollution in the ambient air around where the Brizi sensor is located. Our sensor then uploads this data to our app, which in turn activates the fan filter inside Brizi.”

The main barriers in energy-harvesting concepts are both technical, particularly when it comes to scaling up initial concepts, and financial. Witt Energy, a U.K.-based startup, tackles both of those hurdles head-on with a motional energy technology that its inventors believe to be both completely scalable and affordable. 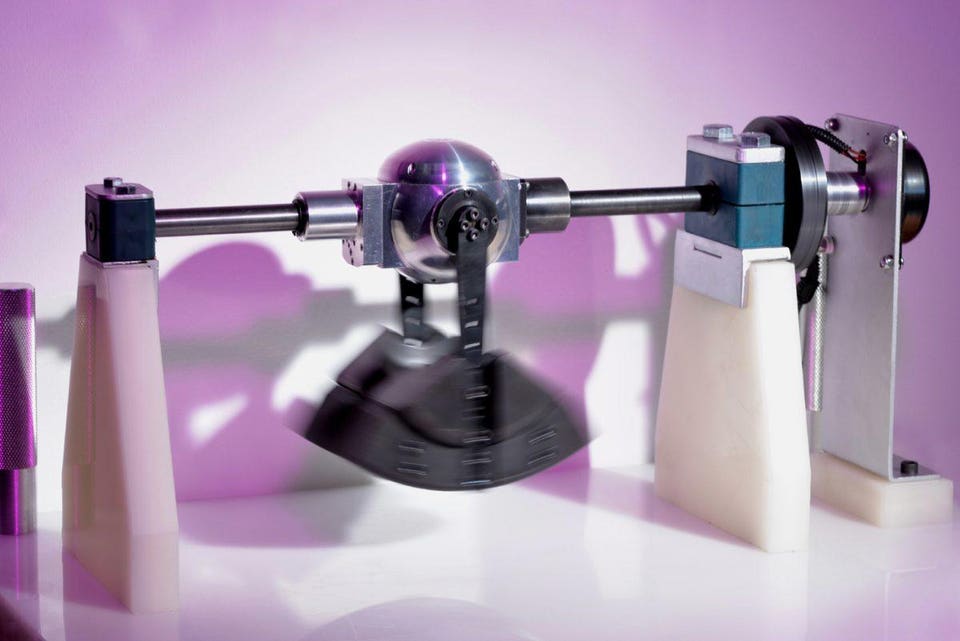 Contained within a sealed unit, a WITT (Whatever Input to Torsion Transfer) uses two pendulums connected to a flywheel to generate electricity. Movement causes the pendulums to swing, and they are attached to a shaft that then turns a flywheel in one direction. The flywheel is connected to a generator, which produces electricity. The unit harvests chaotic motion, fast, slow or erratic, turning it into useable power. The company claims that no other device captures energy from all six degrees of motion.

“It is a game changing solution offering a power solution from sea, river, wind, as well as from the movement of humans or animals,” says Mairi Wicket, cofounder of the company.

Part of what makes the WITT so compelling for investors (the startup has raised $3.36 million from crowdfunding) is that the unit could be placed on a backpack of explorers or armed forces to generate energy to power their portable equipment as they walk or climb, allowing them to remain in the field for longer periods. A bigger version could be used to capture wind power.

The technology had already won three Innovate UK awards, as well as winning $100,000 from the Ocean Exchange. “We are now working on three different sizes of the WITT energy harvesting systems, and manufacturing is underway and full system testing will commence early this year,” says Wicket.