Liverpool manager Jurgen Klopp has again taken aim at Real Madrid captain Sergio Ramos for his role in Mohamed Salah’s Champions League final injury, insisting he would rather be considered a bad loser than win in the manner of the Spanish centre-back.

Salah lasted just 30 minutes of May’s Champions League showpiece, trudging off the pitch holding his shoulder, with Adam Lallana replacing him at 0-0.

The Egypt international had been involved in a tangle with Ramos a few minutes earlier, an incident which many accused the Madrid man of instigating, as Madrid went on to win 3-1.

Klopp was among those to criticise Ramos, accusing him of “wrestling” Salah to the ground – not that the defender was particularly bothered, joking in response that the only thing he had not been blamed for was giving Roberto Firmino a cold. 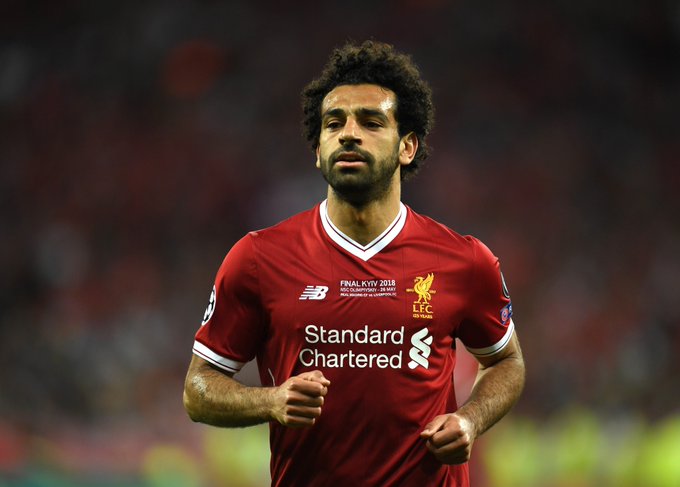 30: We’ve been forced into an early change…

And the Liverpool manager has had another pop at Ramos, adamant he will be happy to “leave this planet” if winning at all costs is the message being sent to children.

“I don’t want to win by any means,” Klopp told Sport1. “Of course, I would have liked to become a Champions League winner, and I would not have returned the title if shown various indiscretions.

“I do not expect that [returning the trophy] from him [Ramos], I only expect that he gives more thought to his assessment of certain situations.

“It may have been a coincidence, but Salah was taken out of the game during an outstanding phase of his footballing life, in the middle of the field.

“Many people will say that these things happen, but if that is the message we are sending to our children, that nothing is out of bounds and it’s all about winning, then I will be glad to leave this planet in 40 years.

“Am I a good loser? No, but during our preparations we had to talk about Ramos because he had influenced the final the previous year with a dive and a red card [for Juan Cuadrado] against Juventus.

“Real Madrid have deserved to win the Champions League, nobody has ever said anything else, but do you have to have those situations with Ramos? No, you don’t.”